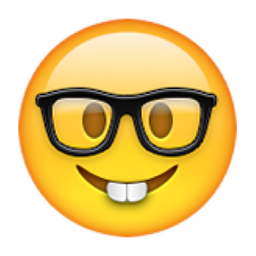 Over the course of my first semester of grad school, I collected (/people sent to me) something like five dozen academic papers that I didn’t have time to read during the semester. In pursuit of ultimately personifying the nerd emoji 🤓 , I spent the last two days reading the first two pages of each of those papers. The ones I’m most excited about reading in full:

In which Nicole Biggart asks how academics that study organizations can do a better job of making themselves relevant to real life, or “areas of public concern.”

In which King and Walker use argue that companies must actively manage how they are perceived in order to “mobilize resources, maintain an organization’s status, and achieve greater levels of power and influence.” Two leads here: ( 1) Field theory, which I don’t know enough about, but that they build their arguments from; and (2) Thinking through how this might apply to politics and political candidates.

A classic paper by Padgett and Ansell on how some successful people maneuver themselves into powerful positions, in large part by being opaque about their motivations and what games they’re playing. The paper uses the 15th century Medici family as a case, and one phrase that emerged (I think) from this paper, robust action, forms the heart of another paper that I love. Should have read this one a long time ago.

In which Maitlis and Christianson review nearly two decades of work on the idea of sensemaking, “the process through which people work to understand issues or events that are novel, ambiguous, confusing, or in some other way violate expectations.”

Lounsbury and Glynn describe how entrepreneurs tell stories that give legitimacy to their ventures and to the markets they’re trying to build. I love the idea of entrepreneurs as storytellers–that’s a big part of what UnLtd USA teaches its social entrepreneurs–though I’m less than wild about the phrase cultural entrepreneurship, which I think confuses more than it clarifies.

This article is a review of a 2004 book by Linton Freeman; I’m wondering if this review could become the introductory text that I send to people when they ask me “What’s all this network stuff about?”

7. Complex adaptive systems and the diffusion of innovations (2005)